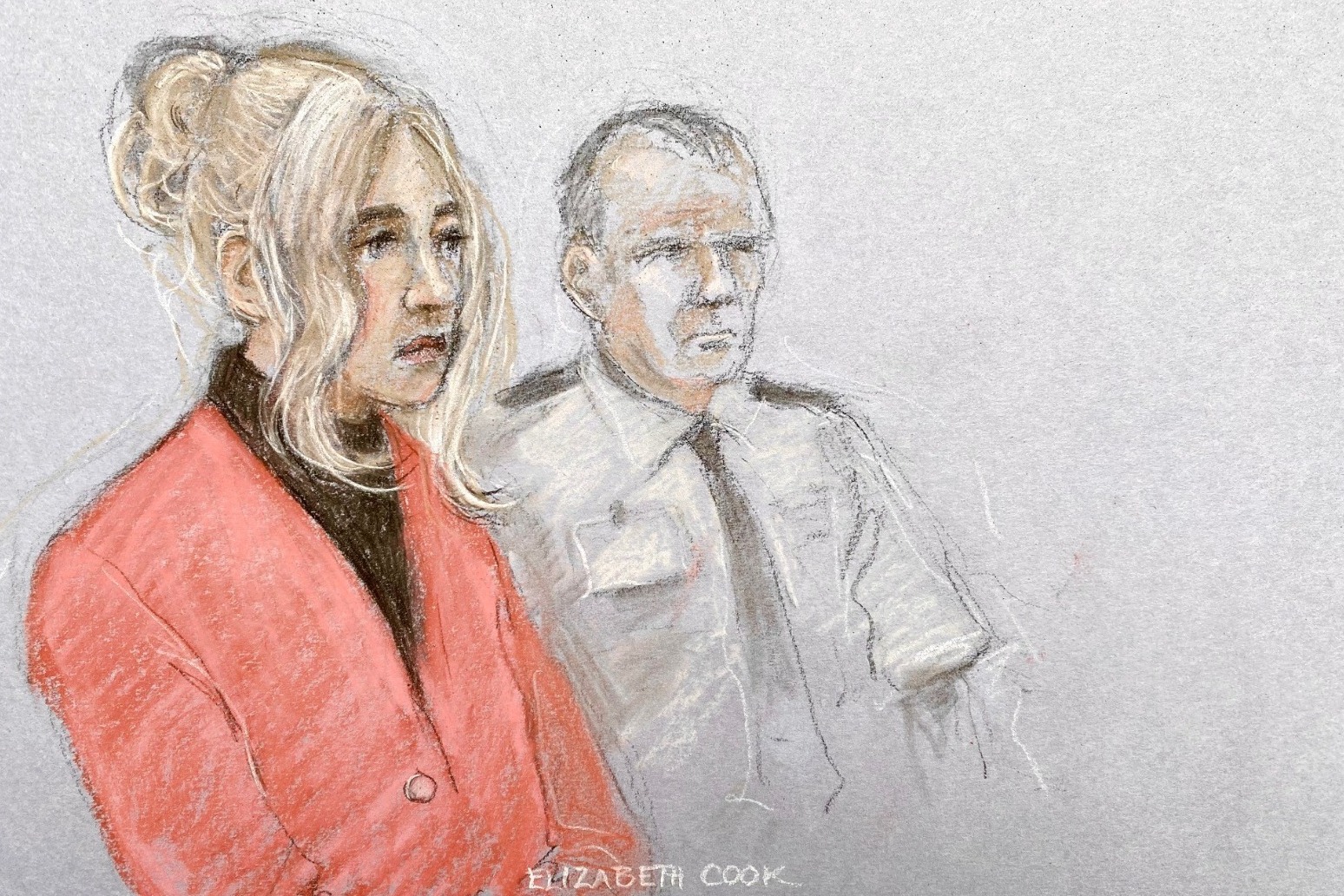 A woman who has admitted killing her partner hysterically phoned her friend immediately afterwards and told her he had stabbed himself, a court heard.

Abigail White, 24, knifed Bradley Lewis, 22, in the chest hours after he told her their relationship was over.

Mr Lewis was taken to hospital from the defendant’s home in Kingswood, South Gloucestershire, but died hours later from a single stab wound to his chest.

Bristol Crown Court heard Mr Lewis was fatally injured minutes after leaving a pub with the defendant on the evening of March 25 this year.

In the aftermath of the stabbing, White phoned her friend Laura Watkins and claimed Mr Lewis had stabbed himself.

In a written statement read to the jury, Ms Watkins said: “At 8.48pm Abigail rang me hysterically screaming that Brad had stabbed himself – he had tried to kill himself.

“Abigail said she was going to the hospital with a friend but didn’t say who this was.

The jury has been told that White also told her neighbour Laura Cundy – who had been alerted to the defendant’s screaming – and the police that Mr Lewis had stabbed himself.

But White now accepts, with her plea to manslaughter, that she killed Mr Lewis.

A post-mortem examination found he had suffered a single stab wound, at least 7cm deep, to the chest, which had penetrated his heart.

The incident happened a few minutes after the defendant had returned home from a pub with Mr Lewis, where they had been socialising with friends.

Louise Silk, who had been at the pub with her partner Ryan Dawes and the defendant, said White was upset that Mr Lewis wanted to end their relationship.

“I think she was quite drunk, and everything was amplified and going on about things that were not relevant,” she said.

Ms Silk said that when she came out of the toilet “everything was kicking off”.

“Ryan told me that Abi had spat in his face after Abi poured a drink over Brad,” she said.

The court that White threw a drink in another man’s face and spat at him, which caused the man to hit her to the ground.

“I heard a slap and I saw her on the floor,” she said.

The jury also heard Ms Silk describe how White had admitted stabbing Mr Lewis in the arm days before the fatal attack, for which he went to an NHS walk-in centre for treatment.

In a voice message, White said: “I stabbed Brad… Oh, not like that.”

Referring to the walk-in centre, Ms Silk added: “She didn’t want him to go.”