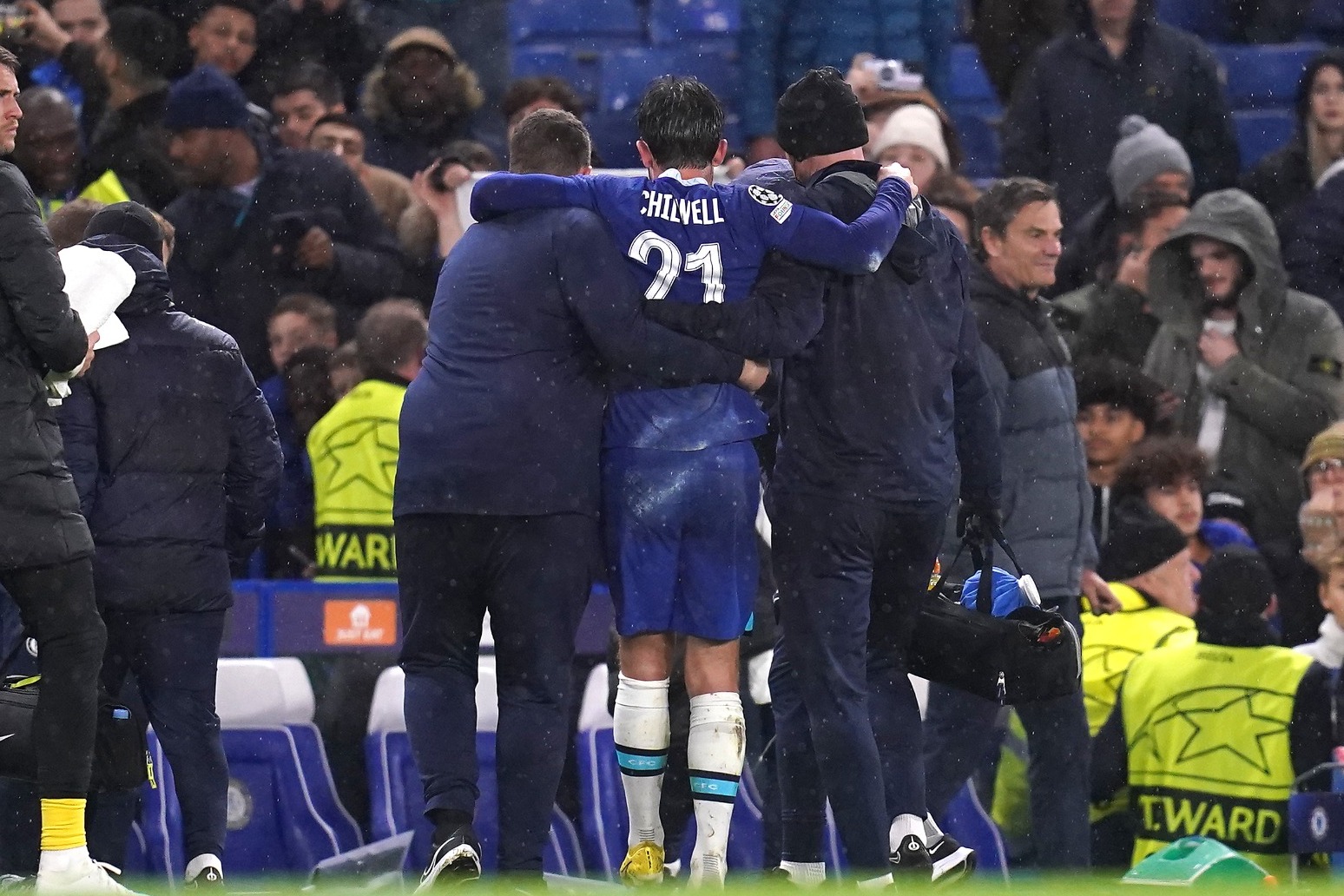 England defender Ben Chilwell’s World Cup hopes could be in danger after he suffered a hamstring injury in the closing stages of Chelsea’s 2-1 win over Dinamo Zagreb in the Champions League.

Blues boss Graham Potter admitted to concern over the left-back after he pulled up just minutes before the final whistle at Stamford Bridge.

Chelsea had come from behind thanks to goals from Raheem Sterling and debutant Denis Zakaria after Bruno Petkovic had put the Croatian side ahead, but Chilwell’s injury marred the evening.

Potter, who told BT Sport it was a hamstring problem, added in his post-match press conference: “(It’s) not great. Obviously when he pulls up like that it’s a concern so we need to scan, but it doesn’t look positive at the moment.

“It’s a blow for us on an otherwise positive evening I think. It’s a blow to see him pull up like that, it’s not a great sight.

Chilwell, who was later pictured leaving the ground on crutches, did not start during his side’s 4-1 thrashing at Brighton at the weekend and the club was managing his workload after he battled back from a serious anterior cruciate ligament injury.

Potter believes the setback could harm the defender’s hopes of being a part of Gareth Southgate’s World Cup squad – with England playing their first game of the tournament in Qatar against Iran on November 21.

“I think you’d have to say so (that it is a concern for the World Cup),” Potter said.

“Obviously I don’t want to say any more than that but when a player pulls up like he did, and he felt it, so it’s never positive.

“He didn’t play at the weekend. There was a thought that he could play tonight and have enough time to recover for the weekend.

“So we’ve tried to manage him, he’s never played the three games in a week, he’s had to have the build up, it’s been good for him.

“That’s what makes it very frustrating. It’s a blow for us and a blow for him and sadly he won’t be the only one who’s affected like that in this period because October was incredibly challenging, the games that we had to play, but it is what it is.”

Zagreb manager Ante Cacic was proud of his players, despite their exit from Europe after they finished bottom of the group, having gone into the game needing a win and a defeat for Salzburg to reach the Europa League play-offs.

“I think it’s realistic the end result and fourth place in our group – the reputation of all the other teams is very high. Chelsea and Milan always play in these competitions,” he said.

“I think Dinamo had very brave performances all throughout this competition.

“Our players are proud and they should be proud of how they played throughout this competition.”