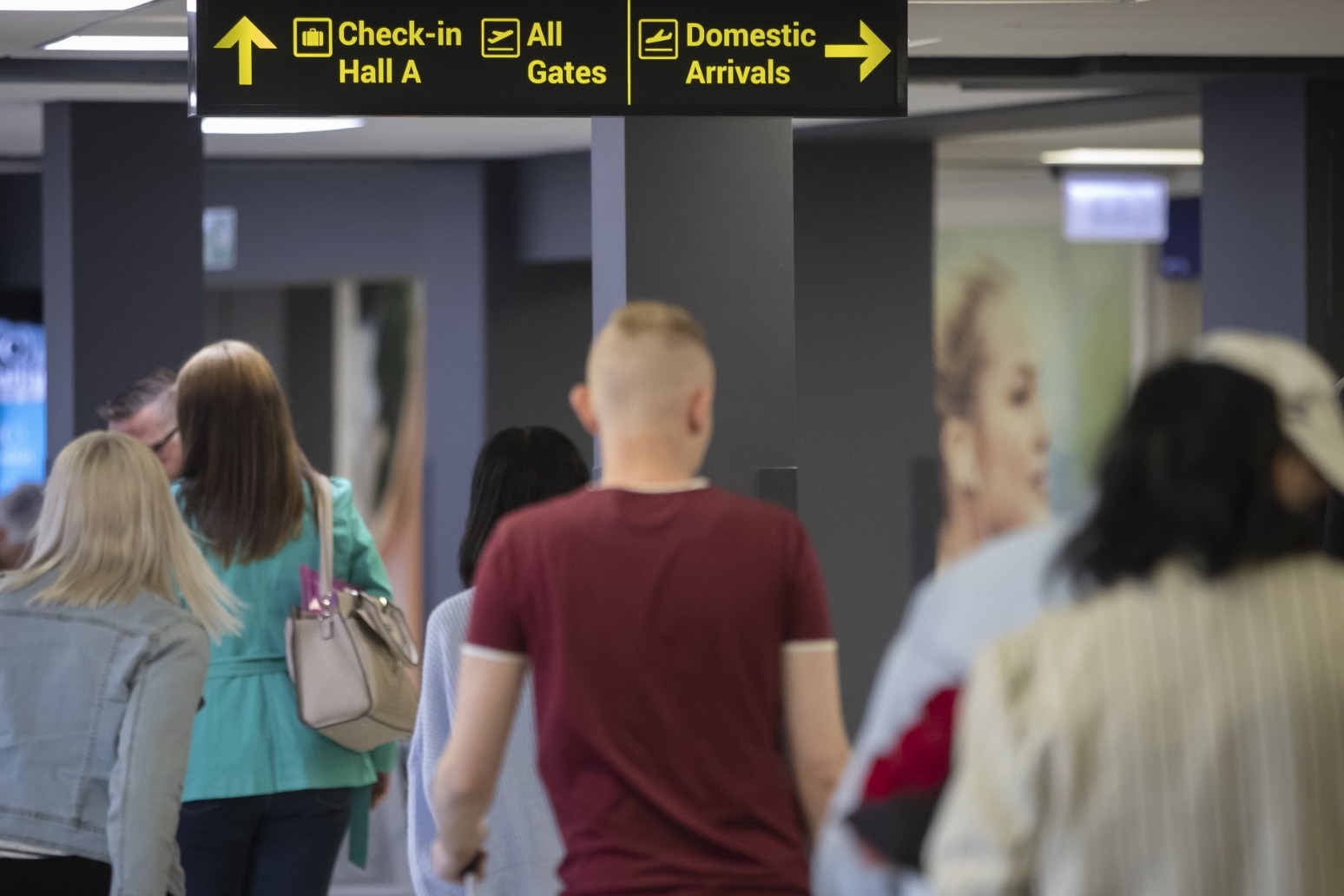 Leeds Bradford has been named the UK’s worst airport for security queues.

A survey for consumer group Which? indicated that passengers waited an estimated average of 35 minutes at the West Yorkshire airport between February and August.

Researchers asked nearly 1,300 people who travelled from a UK airport over that period how long they queued for at security.

More than a quarter (27%) of Leeds Bradford users said they waited for more than an hour to pass through security.

Travellers reported security queues in excess of an hour at nine airports, including Bristol (17% of respondents), Birmingham (11%) and Manchester (8%).

Seven per cent of all those surveyed said they missed a flight because they were stuck in a long queue.

There was major disruption at airports across the UK earlier this year due to staffing shortages and a spike in demand for travel after coronavirus restrictions were scrapped.

This led to flight cancellations, problems with baggage handling and long security queues.

A spokesman for Leeds Bradford said: “Earlier this year, like many airports across the UK, we had periods of long queueing due to the rapid resumption of international travel after the lifting of pandemic restrictions.

“We were transparent about these difficulties at the time and worked hard to address those short-term issues.

“We have since significantly reduced queueing in our terminal.

“We remain committed to delivering the best possible passenger experience at Leeds Bradford Airport and being an outstanding airport for our region.”

London City was the best performing airport in the research, with an average estimated security queue time of just 12 minutes.

Half of the airport’s users reported a wait time of between five and 10 minutes.

Belfast City and Glasgow International were ranked joint second, with an average wait time of 13 minutes.

Guy Hobbs, editor of magazine Which? Travel, said: “Travellers this year have borne the brunt of unprecedented chaos at UK airports, with huge numbers enduring long queues and some even missing a flight due to excessive wait times to clear security.

“Your choice of airport shouldn’t make or break your holiday – but for too many travellers this year, that has been the case.

“We’d recommend choosing an airport with a better record on queues and treatment of passengers, even if that involves travelling slightly further from home.”

A spokesman for trade body the Airport Operators Association said: “The UK had one of the most restrictive travel regimes in Europe until March and the aviation industry faced significant employment challenges as international travel reopened.

“Our airports have worked tirelessly to alleviate these staff shortages and the overwhelming number of passengers were able to enjoy the summer holidays with minimal disruptions.

“We recognise the impact any delay or disruption can have on passengers and the aviation industry is continuing to work together and with Government to recover from the impacts of the pandemic – and the near-total closure of UK aviation – to ensure that all passengers enjoy the service that passengers have rightly come to expect of UK aviation.”

– Here are the average reported security wait times at UK airports between February and August, according to the Which? survey: