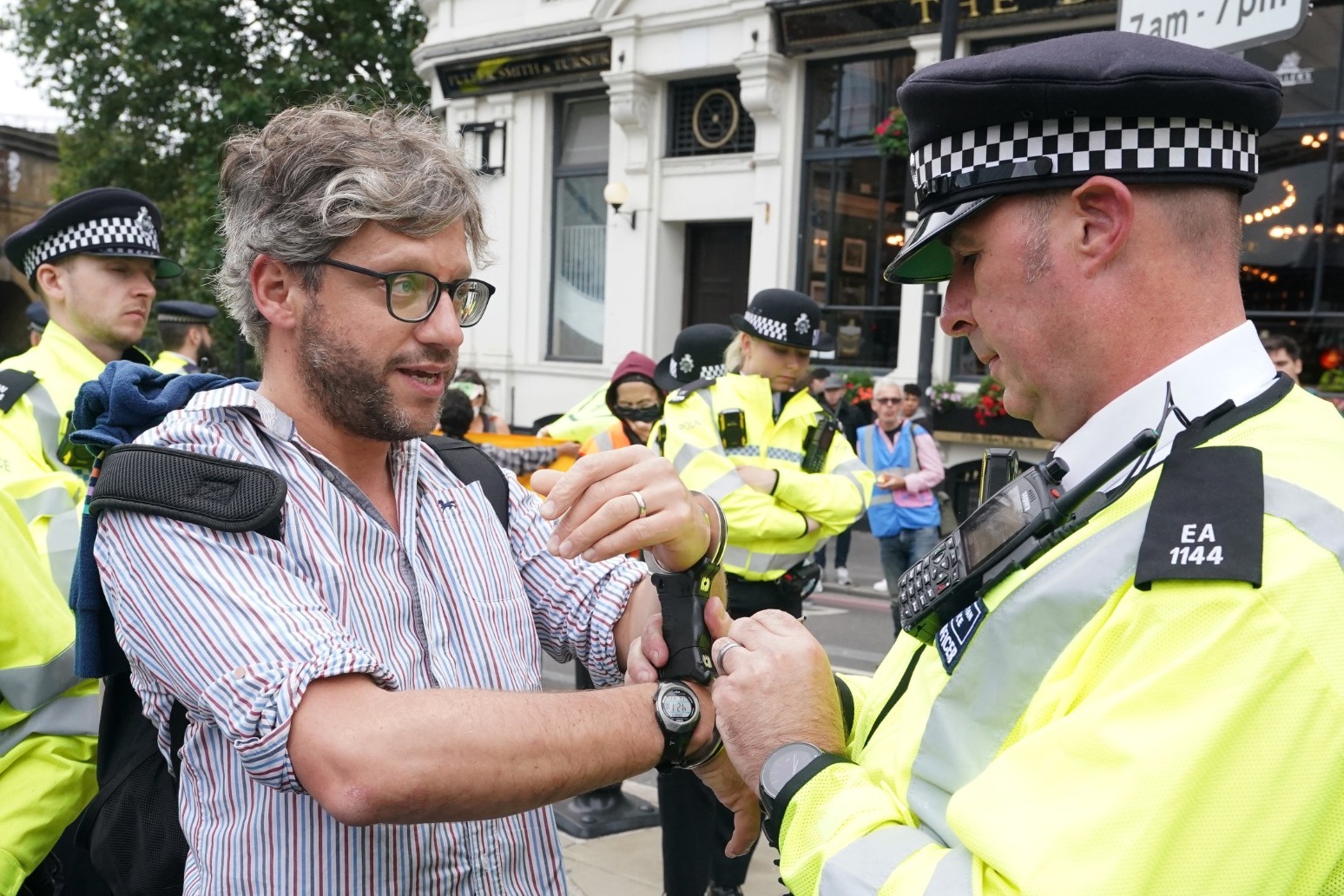 It’s the ninth day of protests.

Extinction Rebellion (XR) protesters have occupied part of a bridge in central London on the ninth day of its two weeks of demonstrations across the capital.

The southern end of the London Bridge has been taken over by activists who marched from City Hall to occupy the junction before blocking the road with a bus.

Metropolitan Police officers then surrounded the vehicle and several streets at London Bridge to stop people entering the area.

The force tweeted: “Officers are responding to a demonstration in #LondonBridge where protesters have assembled and are blocking the road.

“We are currently assessing the situation working to keep disruption in the area to a minimum.”

Pedestrians coming from London Bridge Underground station are being diverted away from the protest by approximately 20 officers and police vans on one road alone.

An officer confirmed some people taking part in the protest were being arrested, and the road closures would be in place “for hours”.

Extinction Rebellion London tweeted: “We will leave the streets when the Government starts treating the climate emergency like an emergency.

“Covid showed what the Government can do in a crisis, it’s the level of response required for the climate but sustained over years. #ExtinctionRebellion”.

Some 367 arrests have been made by the Metropolitan Police in relation to the actions so far.