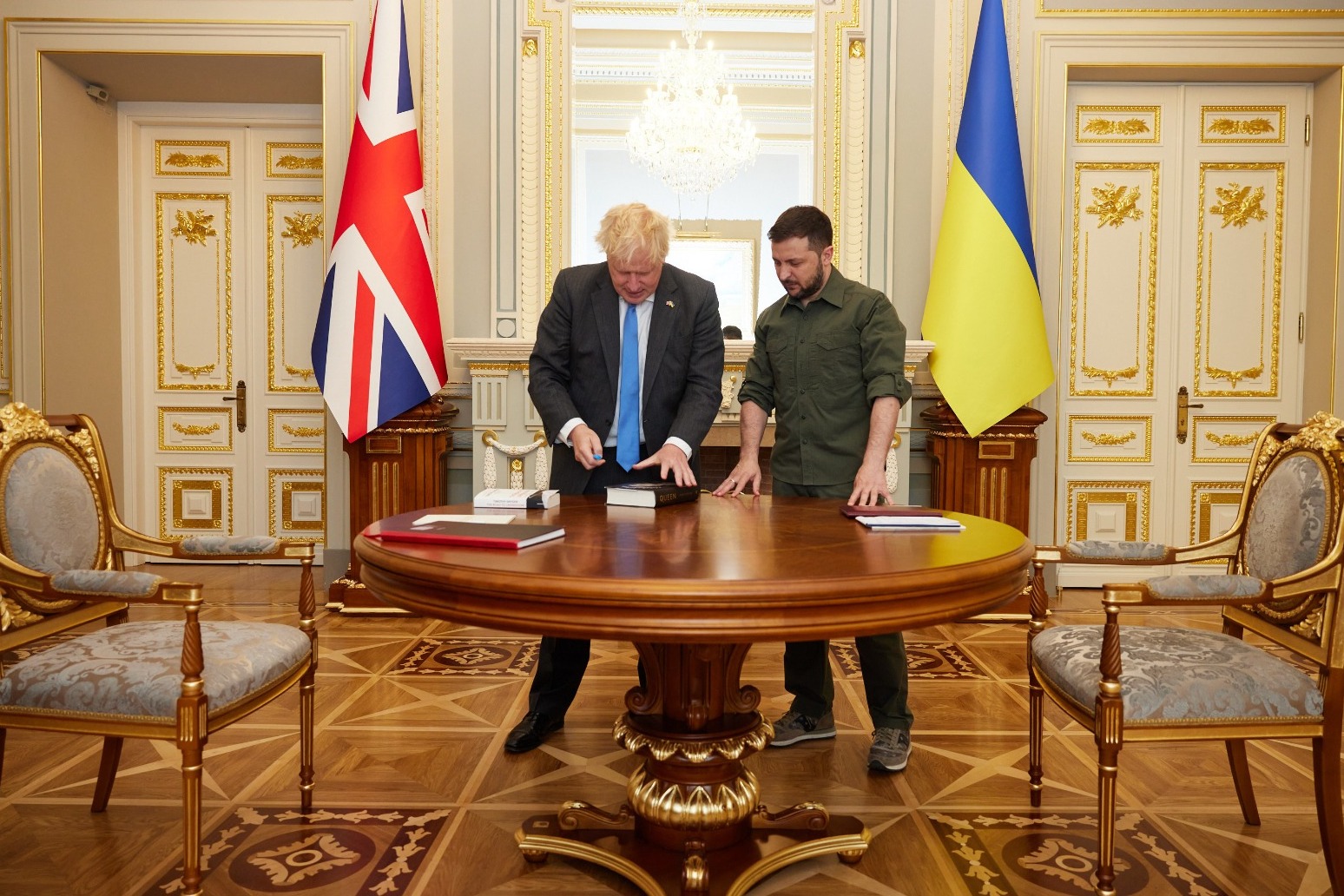 The Prime Minister gave Volodymyr Zelensky a biography of the Queen during his surprise visit to Kyiv on Friday, suggesting the Ukrainian president is a fan of the monarch.

Video from the Ukrainian government showed Boris Johnson carrying Robert Hardman’s book Queen Of Our Times: The Life Of Elizabeth II into the presidential palace.

Mr Johnson was filmed signing the volume before handing it to Mr Zelensky, who said “thank you so much” and started leafing through it.

“My pleasure – it’s her Jubilee book,” the Prime Minister replied before the pair sat down for talks.

The biography, published to accompany festivities for the Queen’s Platinum Jubilee, features original insights from family, friends and staff, new interviews with world leaders plus unseen photographs and papers, including diaries and letters from the Royal Archives.

Mr Zelensky congratulated the monarch on her 70-year milestone on June 5, tweeting: “Congratulations on the Platinum anniversary of the reign of the Queen of (Britain) Her Majesty Elizabeth II @RoyalFamily.

“Grateful for supporting Ukraine in the fight for our freedom and independence.

“I wish Her Majesty well-being and peace and prosperity to (the British) people”.

It was not the first time the Ukrainian president tweeted his good wishes to the monarch, writing in June 2021: “Warmest congratulations to Her Majesty #queenelizabeth2nd, @RoyalFamily and British people on The Queen’s Official Birthday.

On the Queen’s part, she was seen to subtly express her support for the people of Ukraine when a large bouquet of blue and yellow flowers, the colours of the Ukrainian flag, was pictured behind her during an audience with Canada’s prime minister Justin Trudeau in March.

Other members of the royal family have more explicitly shown their solidarity with the war-torn nation, with the Duke and Duchess of Cambridge tweeting their support for Mr Zelensky and “all of Ukraine’s people” days after Russia launched its invasion in February.