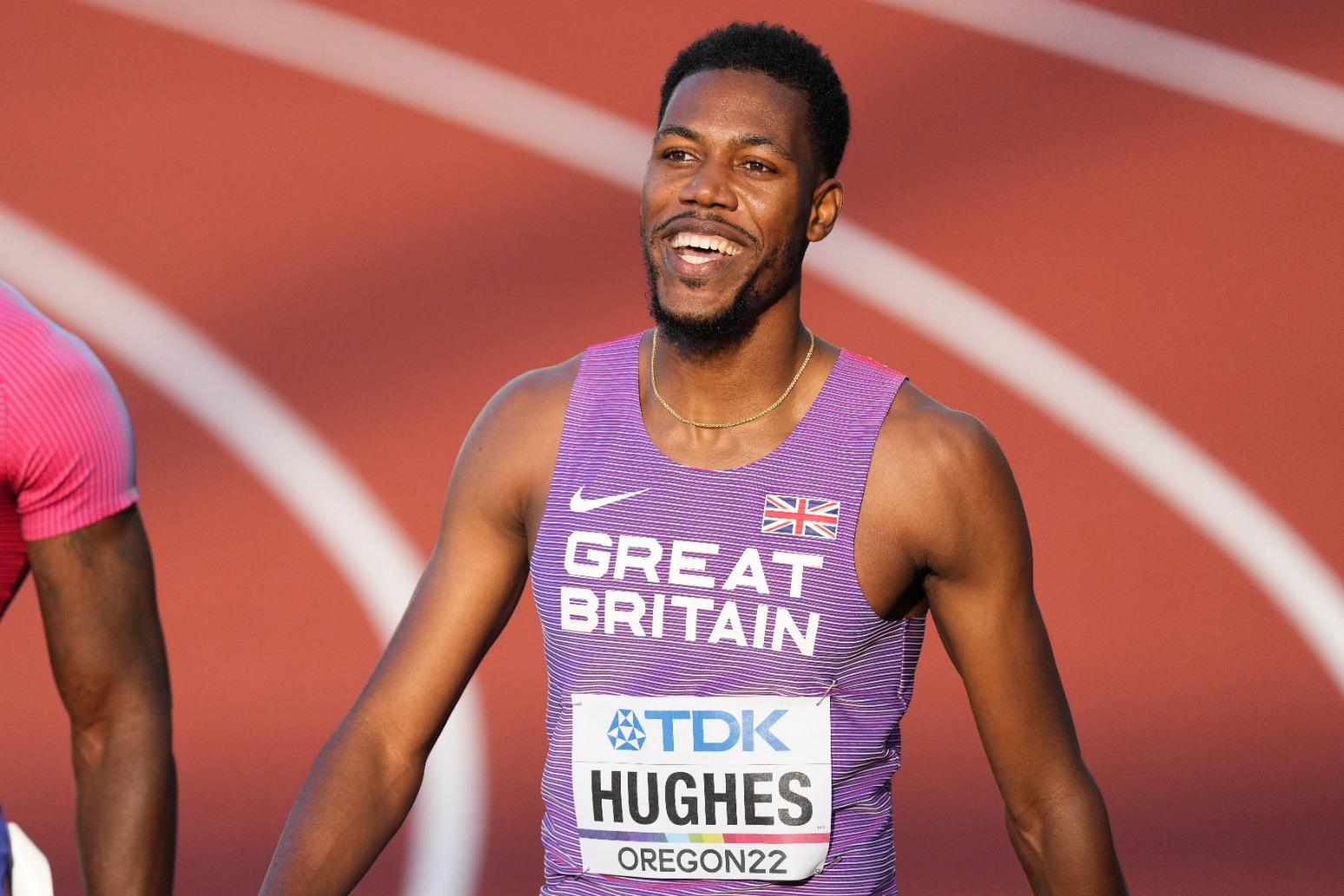 Zharnel Hughes predicted fireworks in the 100m after reaching the semi-final at the World Championships in Eugene, Oregon.

The European champion clocked 9.97 seconds at Hayward Field to finish second in his heat, behind favourite Fred Kerley.

He reached Saturday’s semi-final in Eugene as he targets the final in the evening but Great Britain team-mate Reece Prescod crashed out.

“It’s a really fast track. It’s really exciting. What excited me was when the F18s flew over the stadium, that got me gassed up,” said the 27-year-old, who qualified fifth fastest.

“I said at trials I was OK, I just have to trust myself, trust my speed. My coach has been telling me ‘don’t worry about the start, just focus on what needs to be done, execute it and you’ll be OK.’

“I didn’t panic. Su (Bingtain) is a great starter, the other guys are great starters and I’ve never been the best starter in the world.”

Prescod ran 10.15 seconds to finish fourth in the fourth heat but was unable to clinch a qualifying spot in a surprise elimination.

Africa’s fastest man Ferdinand Omanyala won his race against the clock to line up in heat seven. He suffered visa issues ahead of his trip to Oregon and only landed hours before his race and qualified third.

Defending champion, the USA’s Christian Coleman back after his ban for missing drugs tests, ran 10.08 seconds as he slowed down on the line.

In the pole vault, Holly Bradshaw retired after a freak incident in the warm up saw her pole break and she landed awkwardly on the back of her neck.

She was helped away from the mat and opted to quit after experiencing some discomfort.

Muir sat at the back of the pack for the opening two laps before making her move and clocked four minutes 07.53 seconds. Katie Snowden and Melissa Courtney-Bryant failed to progress.

Amy Strickler threw 17.40m and Sophie McKinna 17.21m but they failed to reach the shotmput final.

Earlier, Great Britain missed out on a place in the final of the mixed 4x400m relay.

The Dominican Republic won Friday evening’s final – the first gold of the Championships – ahead of the Netherlands and the USA.

Nick Miller qualified for Saturday’s hammer final after coming ninth in pool A, throwing 77.13m but Joel Clarke-Khan was unable to make the high jump after only clearing 2.21m.